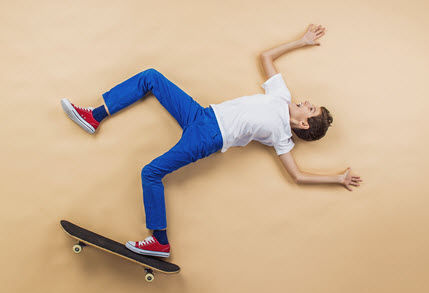 There are almost 1.7 million traumatic brain injuries (TBI) each year in the United States, according to information from the Centers for Disease Control. The number is increasing—not because doctors, athletes, coaches, and others aren’t being as careful—but because new precautions and rules have resulted in more of these injuries being reported. To help patients recognize the symptoms of Concussion and prevent further injury, below are several important facts about this type of TBI.

Concussions Cause Trauma to the Brain

When a person gets a concussive injury, the brain is shaken violently against the inside of the skull. The shaking can change the way a person’s brain typically works. Symptoms are often seen immediately and can include vomiting, nausea, fatigue, and blurred vision.

Sports are a Risk Factor

The highest incidence of concussive injury in the college sports world isn’t in football, as many would believe, but in women’s hockey at .90%. Conversely, the reported rate of occurrence was just .04% for those playing football. The greatest general cause of concussive issues is cycling, followed by playground use, trip and fall accidents, and soccer.

Simple Tests are Losing Their Validity

The traditional way of testing for a concussive injury (asking the victim to count fingers as they’re held up) is no longer considered a valid assessment. Just because a person can answer the question correctly doesn’t mean that they’re safe or uninjured. Concussive exams should last up to ten minutes, and they should include verbal and physical tests. Athletes at all levels should receive a preseason evaluation, and the results should be consulted during subsequent evaluations.

Sit it Out When in Doubt

Even if an athlete, professional or otherwise, seems safe and isn’t exhibiting any symptoms or signs of a concussive issue after an on-the-field injury, it is best to keep them off the court or field. Coaches and others should not assume the doctor’s role during a post-injury evaluation. Observers such as parents and coaches should take careful note of the victim’s immediate symptoms and behavior to help the doctor during the medical evaluation.

The effects of a TBI are immediate, but they can also be long-lasting. According to a recent study, girls’ volleyball and boys’ soccer players had the highest incidence of severe concussions, at 8.9% and 11.8% respectively.

After a student receives a severe, concussive head injury, their academic performance may suffer significantly. According to the Centers for Disease Control, the potentially devastating effects of a TBI include problems with focus, memory, and attention, along with anxiety, depression, and personality shifts. It’s easy to see how a TBI can cause a once-stellar student to have problems in school.

In the video below, Leigh Richardson of The Brain Performance Center (Irving/Dallas) addresses an audience on how biofeedback can treat concussions and other brain injuries.

Safety Laws Have Been Passed in Many Areas

The Lystedt Law requires young athletes exhibiting signs of TBI to be looked over and cleared by a licensed practitioner before being permitted to play sports again. These laws were enacted in the name of Zackery Lystedt, who was severely injured after sustaining a TBI while playing football; he was told to return to the field after sitting out for only three plays. These laws may seem restrictive to excited young athletes, but they’re implemented for safety’s sake.

Injury Rates Are Higher in Males Than in Females

While more men get concussions, a woman with such an injury is more likely to report it, and it will take her longer to recuperate. Additional research is needed to highlight the gender-based differences in TBI, including whether the patient’s neck strength, head size, or hormone levels have any effect on an injury’s severity.

There’s a Sports TBI Report Database in the Works

With a database of reported TBI, medical professionals will have the ability to do additional research on these injuries. As information is gained, doctors will know more about the links between traumatic brain injuries and an increased risk of Parkinson’s disease, dementia, Alzheimer’s disease, and other brain issues later in a patient’s life.

A brain injury can have severe effects on a person’s life, both now and in the future. However, if athletes, coaches, parents, and others know the facts, it’s easier to help victims recover from such injuries.